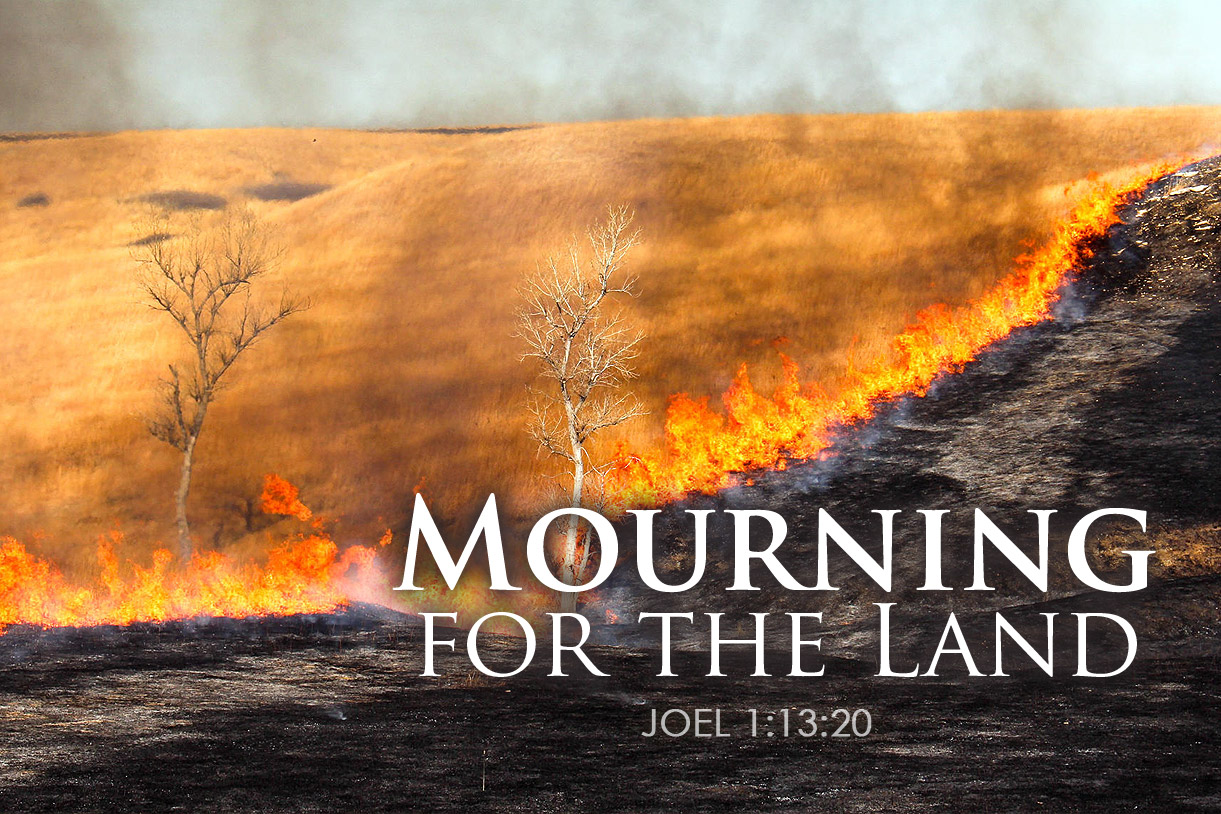 After he prophesied how God used locusts to ravage the land throughout Judah, Joel describes how further destruction was to come in the way of fire and drought.

“13 Gird yourselves and lament, you priests; Wail, you who minister before the altar; Come, lie all night in sackcloth, You who minister to my God; For the grain offering and the drink offering Are withheld from the house of your God.”

Joel then tells the priests to prepare for God’s wrath, and to gird themselves in sackcloth, the coarsely woven fabric made of goat’s hair and worn during mourning. The priests would do so because there was no more grain, oil or wine to offer at the altar leaving the priests without the daily sacrifice.

“14 Consecrate a fast, Call a sacred assembly; Gather the elders And all the inhabitants of the land Into the house of the Lord your God, And cry out to the Lord.”

Next, the prophet calls on the priests to start and announce a fast, a time when the entire nation could repent of their sin and petition the Lord to forgive them and restore their harvest.

“15 Alas for the day! For the day of the Lord is at hand; It shall come as destruction from the Almighty.”

Joel then foretells destruction for the hebrew nation that was to come as God’s wrath upon His people, because of their transgressions against Him and their refusal to repent of their sin.

“16 Is not the food cut off before our eyes, Joy and gladness from the house of our God?”

Because of the devastation caused by the locusts, there was no more food in Judah, and since their was no more sacrifice possible, the joy that came along sacrificial offerings in the temple was no more.

“17 The seed shrivels under the clods, Storehouses are in shambles; Barns are broken down, For the grain has withered.”

Joel continues his prophecy by revealing how the plague would not only impact the Hebrew nation for s short while, but their future was also in jeopardy since the seeds were also impacted by God’s wrath, which would prevent them from future harvests.

“18 How the animals groan! The herds of cattle are restless, Because they have no pasture; Even the flocks of sheep suffer punishment.”

Under God’s wrath, the animals in Judah will have no food to eat or water to drink, and their restlessness will be heard throughout the land.

Lastly, the prophet foretells how fire will completely destroy Judah, from pastures to trees, and bring misery to the Hebrew nation under the wrath of the almighty.

Although God loves His people, their transgressions against Him are at the root of their destruction. Anyone who sins against our heavenly Father and does not repent should expect no less. Let’s pray…