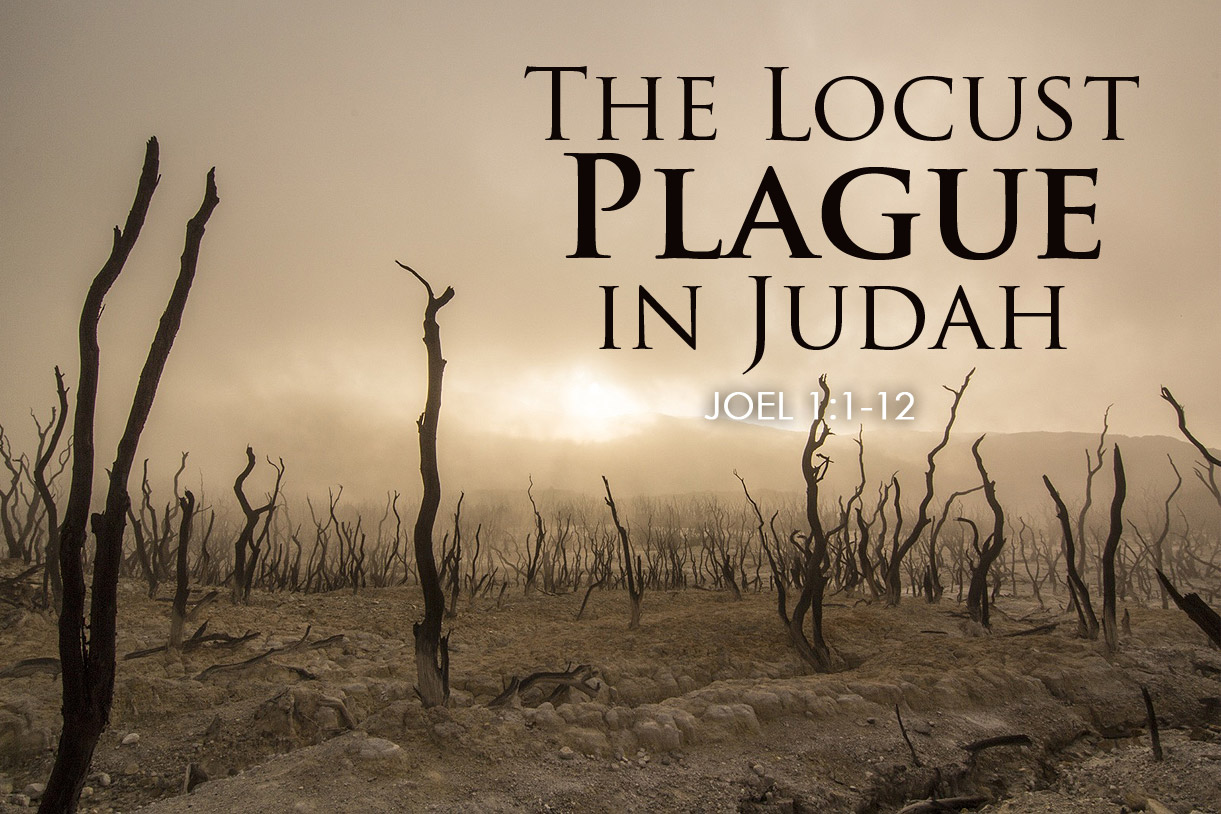 The book of Joel is written by a prophet from Judah whose name means “the Lord is God.”

In the short book he penned around 9th century BC, Joel called for the people of Israel to repent of their sins and seek to be in good standing with God.

What is unique about Joel is he shared God’s promise for the Holy Spirit to be poured out on all flesh.

“1 The word of the Lord that came to Joel the son of Pethuel.”

In his introduction, Joel indicates that his message was divinely commissioned, and he simply describes himself as the son of Pethuel, a Hebrew name that means “openheartedness of God’s.”

“2 Hear this, you elders, And give ear, all you inhabitants of the land! Has anything like this happened in your days, Or even in the days of your fathers?”

Joel begins his exhortation of Jewish elders by using the words “Hear this,” a term typically used in lawsuits and legal matters. In doing so, the prophet insinuated that Israel was found guilty under God’s judgment, and the elders who ruled over the Hebrew nation should pay close attention to the words that followed.

Joel continues his prediction to the Hebrews by heavily underscoring the impact of God’s judgment that was about to be spread over many generations.

Moses prophesied that God would use locusts to punish His people if they continued to be disobedient, and Joel reminds the transgressors of the fate that awaited them.

Joel describes God’s judgment as palmerworms, gnawing locusts that eat what is near them, to common flying locusts that feast on leaves and the tender tissues of plants, then cankerworms that consume wood and finally, in their last stage as caterpillars, devour everything in their path.

“5 Awake, you drunkards, and weep; And wail, all you drinkers of wine, Because of the new wine, For it has been cut off from your mouth.”

After the locusts consume all the grapes in the land, the raw material from which wine is made, those drunkards mentioned here should expect weeping and wailing when their object of worship, the wine is taken away.

“6 For a nation has come up against My land, Strong, and without number; His teeth are the teeth of a lion, And he has the fangs of a fierce lion.”

Next, Joel describes the beasts as fierce lions who were in great numbers that will destroy the land which belongs to God, which He trusted to the Hebrews.

“7 He has laid waste My vine, And ruined My fig tree; He has stripped it bare and thrown it away; Its branches are made white.”

The locusts will first attack all which is green then they will ravage the trees, devour all plant and tree life, and prevent the Hebrew nation from thriving or even survive the plague brought on by God. From grapes to figs, all fruit, vegetables, nuts and grains will be consumed by the beasts sent by God to destroy those who trespassed against Him.

“8 Lament like a virgin girded with sackcloth For the husband of her youth.”

Sackcloth is a coarse fabric typically made of dark goat’s hair, and worn around the hips over a bare body. Leaving the chest free for “beating,” sackcloth was worn by mourners in the ancient world to depict sorrow and penitence.

Joel warns the Hebrews of the time when God will leave them helpless and destitute after He takes away their groom, the husband of their youth or in this case, their sustenance.

“9 The grain offering and the drink offering Have been cut off from the house of the Lord; The priests mourn, who minister to the Lord.”

Because the land will become desolate, the offerings made each morning and evening will stop, and the priests who live off a portion of the offerings will face starvation, and disconnection from God.

“10 The field is wasted, The land mourns; For the grain is ruined, The new wine is dried up, The oil fails.”

Joel foretells the time when the locusts will have devoured everything in the land, from the fields where grain was grown and harvested to the grapes and olives pressed for wine and oil.

“11 Be ashamed, you farmers, Wail, you vinedressers, For the wheat and the barley; Because the harvest of the field has perished.”

Then, the prophet tells the farmers they will be disgraced when they lose everything because of their sin against God, and His judgment delivered through the forthcoming locusts plague.

“12 The vine has dried up And the fig tree has withered; The pomegranate tree, The palm tree also, And the apple tree— All the trees of the field are withered; Surely joy has withered away from the sons of men.”

Lastly, Joel prophecies that God’s wrath on the Hebrew nation will be so severe, not only will the trees wither, but also the souls of those who trespassed against their heavenly Father whose judgment is based on our hearts and our actions. Let’s pray…

“Wherefore seeing we also are compassed about with so great a cloud of witnesses, let us lay aside every weight, and the sin which doth so easily beset us, and let us run with patience the race that is set before us,” — Hebrews 12:1