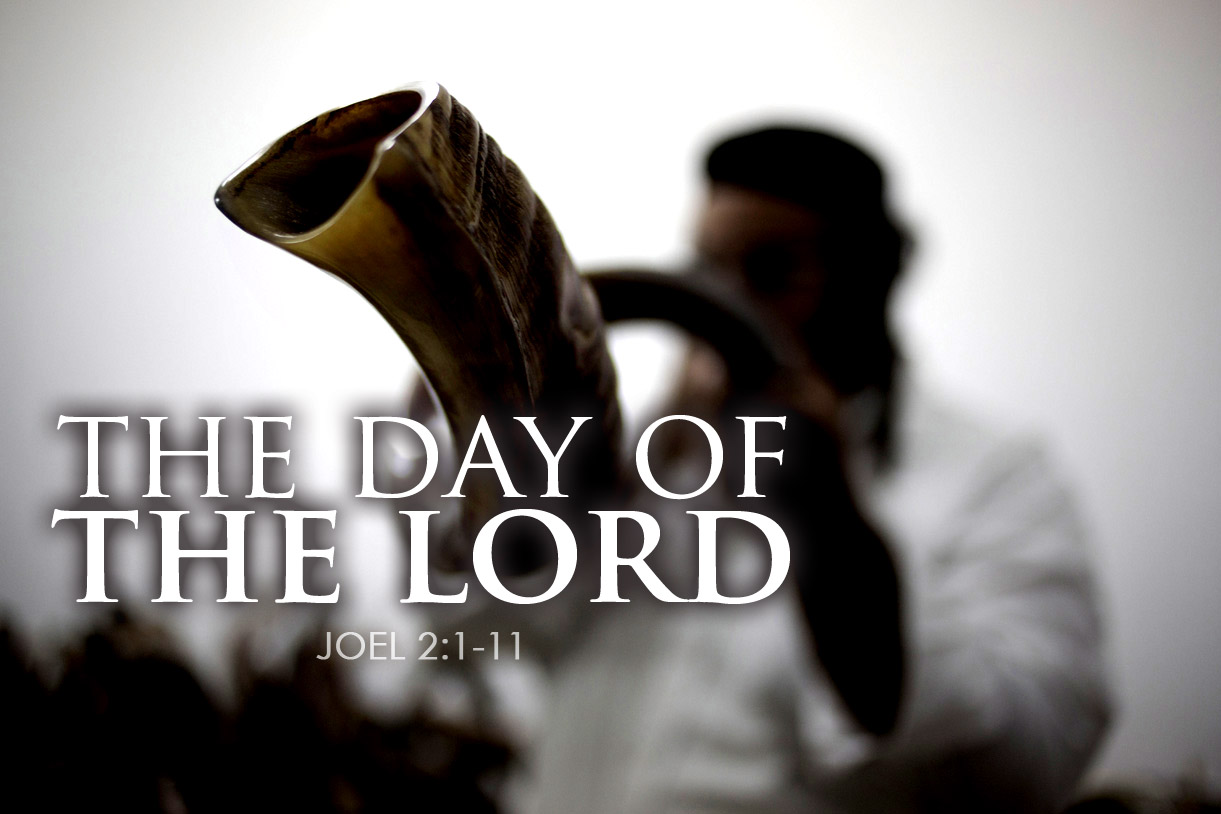 After he prophesied how God used locusts to ravage the land throughout Judah, Joel described how further destruction was to come to the Hebrew nation in the way of fire and drought. Next, the prophet announces the coming invasion and the Day of the Lord.

“1 Blow the trumpet in Zion, And sound an alarm in My holy mountain! Let all the inhabitants of the land tremble; For the day of the Lord is coming, For it is at hand:”

Trumpets were used primarily on special occasions or to warn of danger, and in this instance, Joel calls on religious leaders to summon their congregation and lead each one into repentance, for the Lord’s wrath is coming.

“2 A day of darkness and gloominess, A day of clouds and thick darkness, Like the morning clouds spread over the mountains. A people come, great and strong, The like of whom has never been; Nor will there ever be any such after them, Even for many successive generations.”

Joel then warns of darkness, both physical and spiritual to come upon those who transgressed God. The prophet then describes the soldiers sent to complete the destruction of Judah as great, strong and uniquely created to annihilate the land occupied by the Hebrews.

Joel then describes the army that was to come as part of God’s judgment against Judah because of their selfish desires, and their failure to repent of their sins and refusal to turn from their sinful ways. There would be nothing left of the land after the God sent army invasion had concluded.

Mighty and strong as horses, the soldiers sent by the Lord seem super human in Joel’s vision, and their invading the land of Judah would be swift and terminal.

“5 With a noise like chariots Over mountaintops they leap, Like the noise of a flaming fire that devours the stubble, Like a strong people set in battle array.”

The size of the army dictates the amount of tremendous noise that would emulate from their marching, and Joel describes the sound they make as the rumbling roar of a prairie fire.

“6 Before them the people writhe in pain; All faces are drained of color.”

At the sight of the soldiers, those who trespassed against God squirm in pain, in so much distress their faces become white as ghosts as they are overwhelmed by fear and robbed of any hope.

“7 They run like mighty men, They climb the wall like men of war; Every one marches in formation, And they do not break ranks. 8 They do not push one another; Every one marches in his own column. Though they lunge between the weapons, They are not cut down. 9 They run to and fro in the city, They run on the wall; They climb into the houses, They enter at the windows like a thief.”

Once again, Joel describes the extraordinary character of the soldiers sent by God to destroy Judah, an army like no other with a single mission to destroy those who chose corruption and gave into their selfish desires instead of surrendering to the Lord and obeying His commands.

“10 The earth quakes before them, The heavens tremble; The sun and moon grow dark, And the stars diminish their brightness.”

As they invade Judah, God’s army will sound and feel like an earthquake, and even the heavens will be impacted by the thunderous attack against the Hebrew nation.

“11 The Lord gives voice before His army, For His camp is very great; For strong is the One who executes His word. For the day of the Lord is great and very terrible; Who can endure it?”

Lastly, Joel spoke of voices or warnings about God’s revenge on the Jews, the like of which they have never seen or experienced. The only way to avoid such dreadful and intolerable destruction is to repent of sin, obey and worship God. Let’s pray…